History of the Cafe Asiático

The origins of the Cafe Asiático go back to the early 20th century and the merchant seamen returning from Asia to the port of Cartagena in Murcia.  Often arriving in the port in the early hours they wanted something to warm themselves up but that also contained a little alcohol. 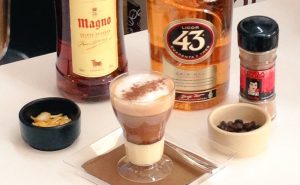 What does a Cafe Asiátio contain?

A cafe Asiático is traditionally made with condensed milk, coffee, brandy, Licor 43 and cinnamon.  Finally it is topped off with a small slice of lemon rind and a single whole coffee bean.  The key local ingredient is licor 43 which claims to be made from a secret recipe of 43 different Mediterranean ingredients.  The Licor 43 factory was originally situated in the centre of Cartagena but moved to it's current location just outside of the city in 2008. The distinctive looking factory can be easily seen by taking in the main CT-32 motorway into Cartagena and their Licor 43 tasting tours come highly rated. 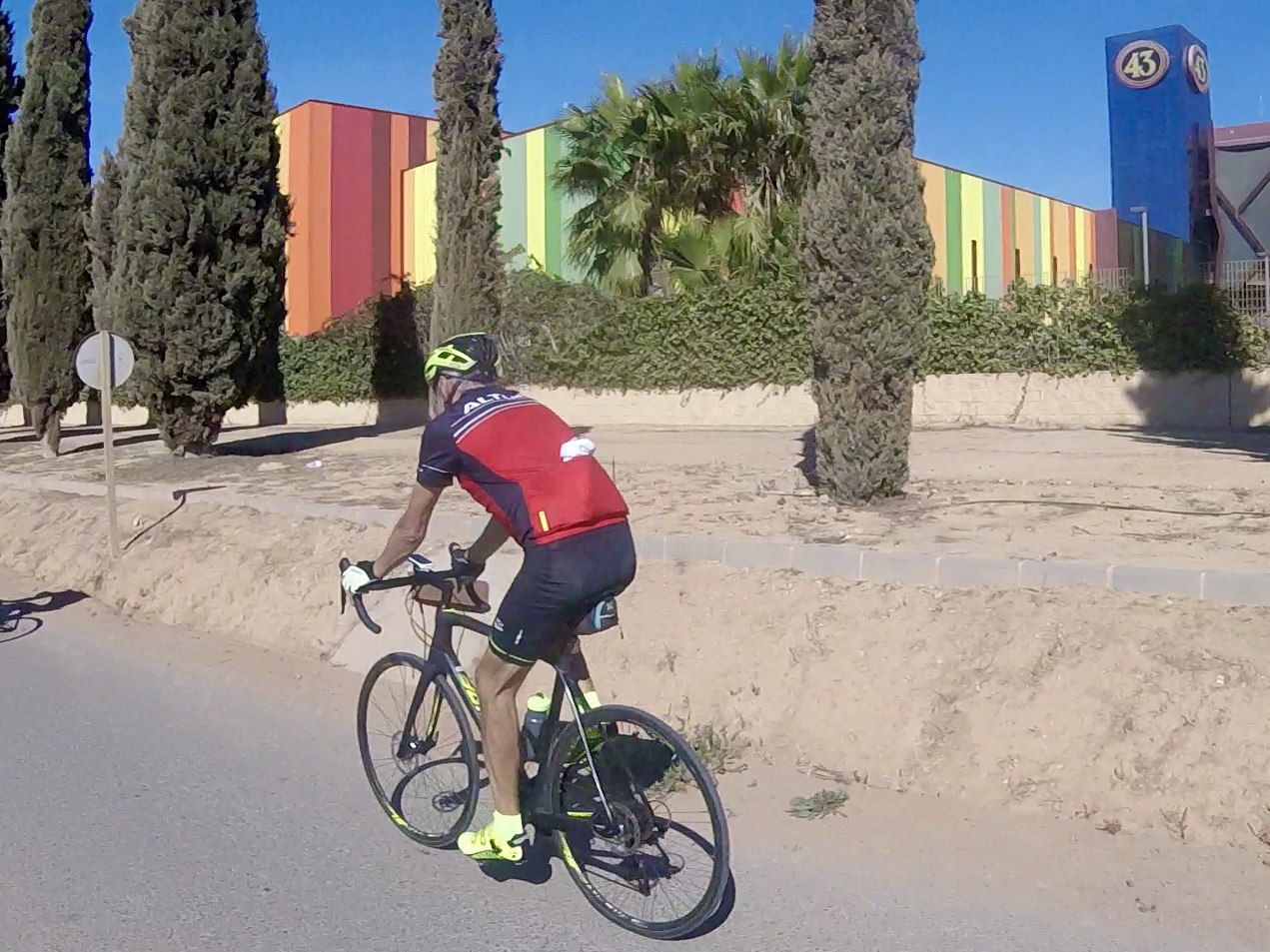 How to make your own Cafe Asiático

In the centre of Cartagena there is an Asiático shop where you can by all sorts of kits to help you make your own Cafe Asiático.  The distinctive Asiático glasses are designed so that you can measure out the main ingredients in the correct order. 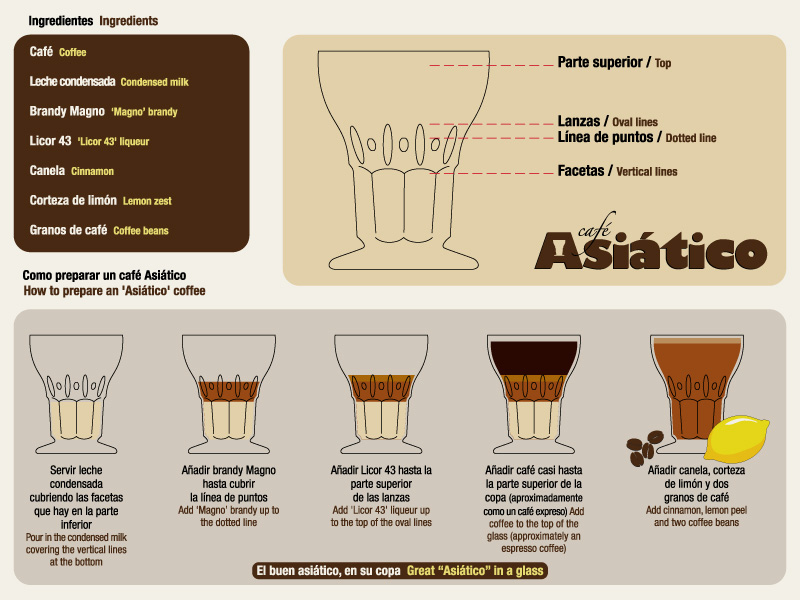 Where can I get a Cafe Asiático?

Although the drink comes from Cartagena you'll be able to obtain one in all corners of the Region of Murcia.  Quality does however vary and sometimes you might not get the lemon and coffee bean added.  However, they're often only slightly more expensive than a standard coffee so there's no excuse for not trying one. 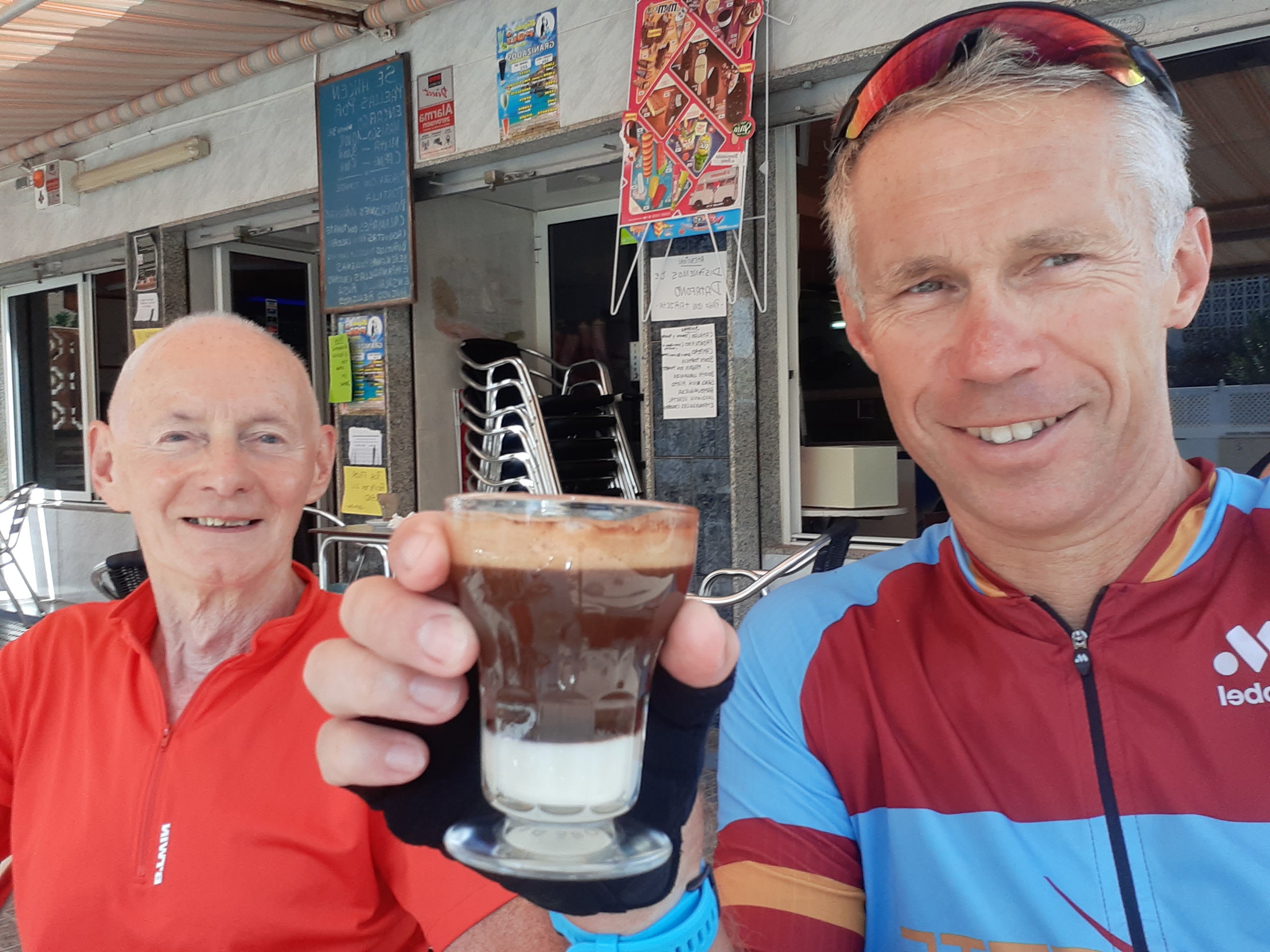 Let us know what you think

If you've already tried one and have found a favourite place to try this iconic drink then comment on the blog below or on our Facebook post and we'll add it to our list.