This week we were joined by Fareid, Dillon and Henry who visited the region to complete their “Tour de Murcia” charity cycling challenge.  Their objective was to raise funds for Motor Neuron Disease Scotland and Marie Curie UK; charities which are very close to their hearts. 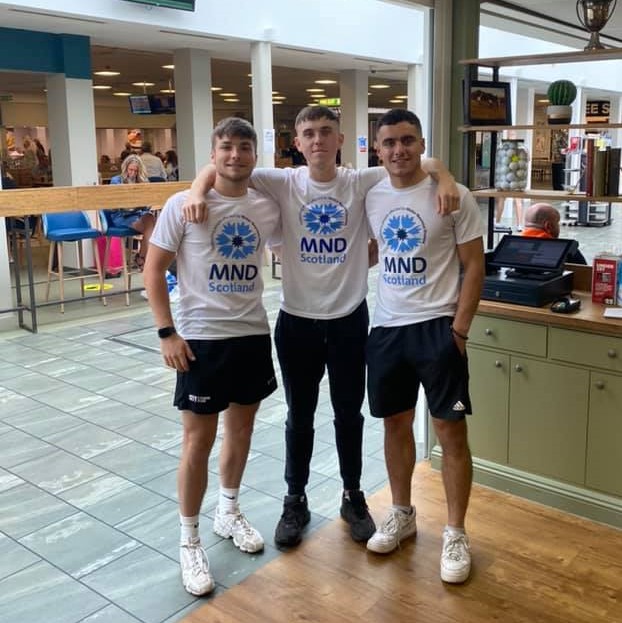 They had originally planned a charity bike ride from London to Paris in 2020, but this became impractical due to restrictions imposed by the Covid pandemic. As well as providing them with quality bikes, (apparently, much better than those that they had trained with), we also provided general advice about riding in the area and a selection of suggested routes. 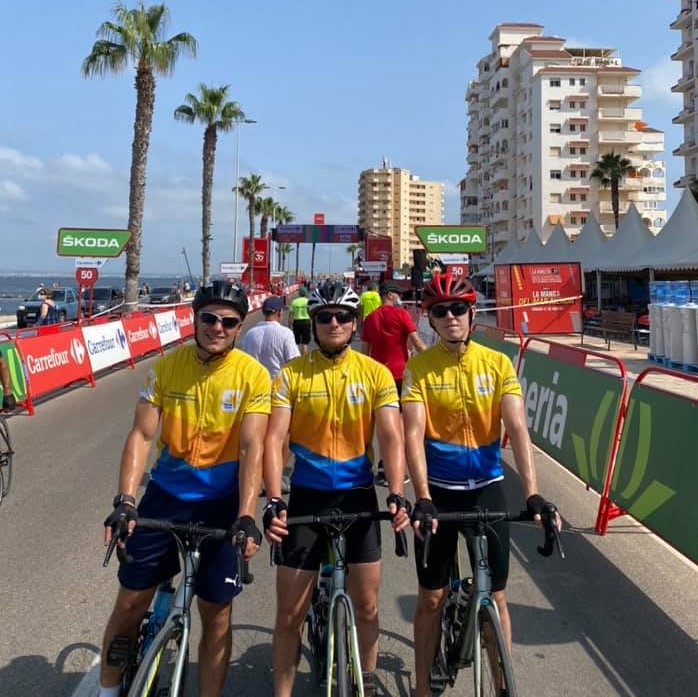 They embarked on their cycling challenge with determination, setting off early each day, and resting well in between.  Day 1 saw them achieving their daily distance goal and allowing them to see, La Vuelta a España which was passing through the region.  Having exceeded 100km on each of the first 5 days they were well ahead of schedule when we joined them on Day 6.

The final day 6 required a ride of 55km to complete the 600km charity ride challenge. We guided this last day's ride, but both felt rather ashamed, as we had cycled nowhere near 600kms this week.

The day 6 route was planned to the precision of achieving the 55km to accomplish the 600km landmark goal.  The route was set to take in Cartagena and to allow the challenge of the Galeras climb, with its majestic view over the city. 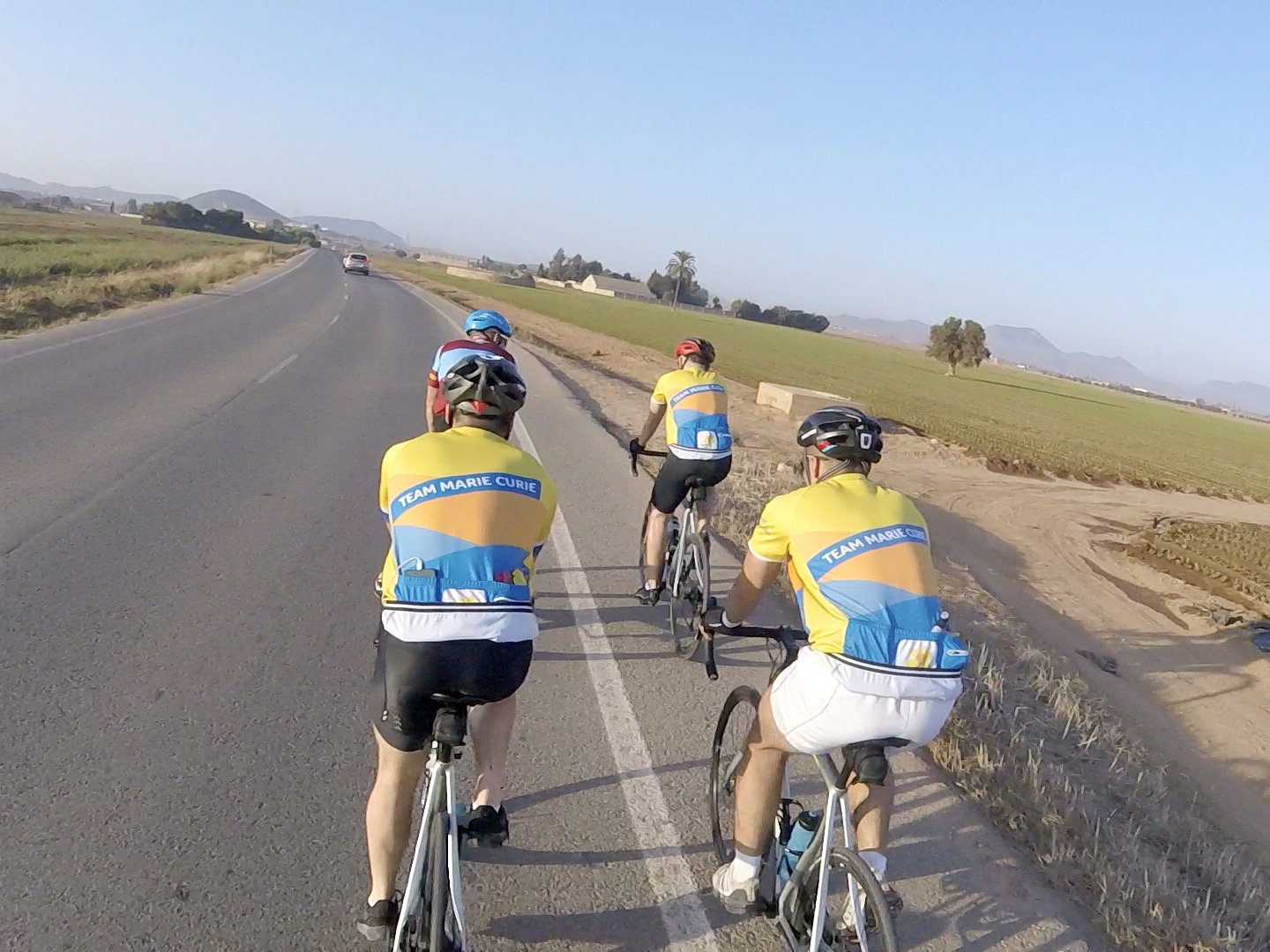 Fareid, Dillon and Henry were all too happy to ‘Suck wheels’ today as we headed off from Mar Menor Golf Resort, towards Cartagena.  From the harbour quayside in Cartagena, the trio looked in trepidation at the Galeras climb to follow. After a hard day in the saddle yesterday to Mazarron, there was some groaning of the climb to come. 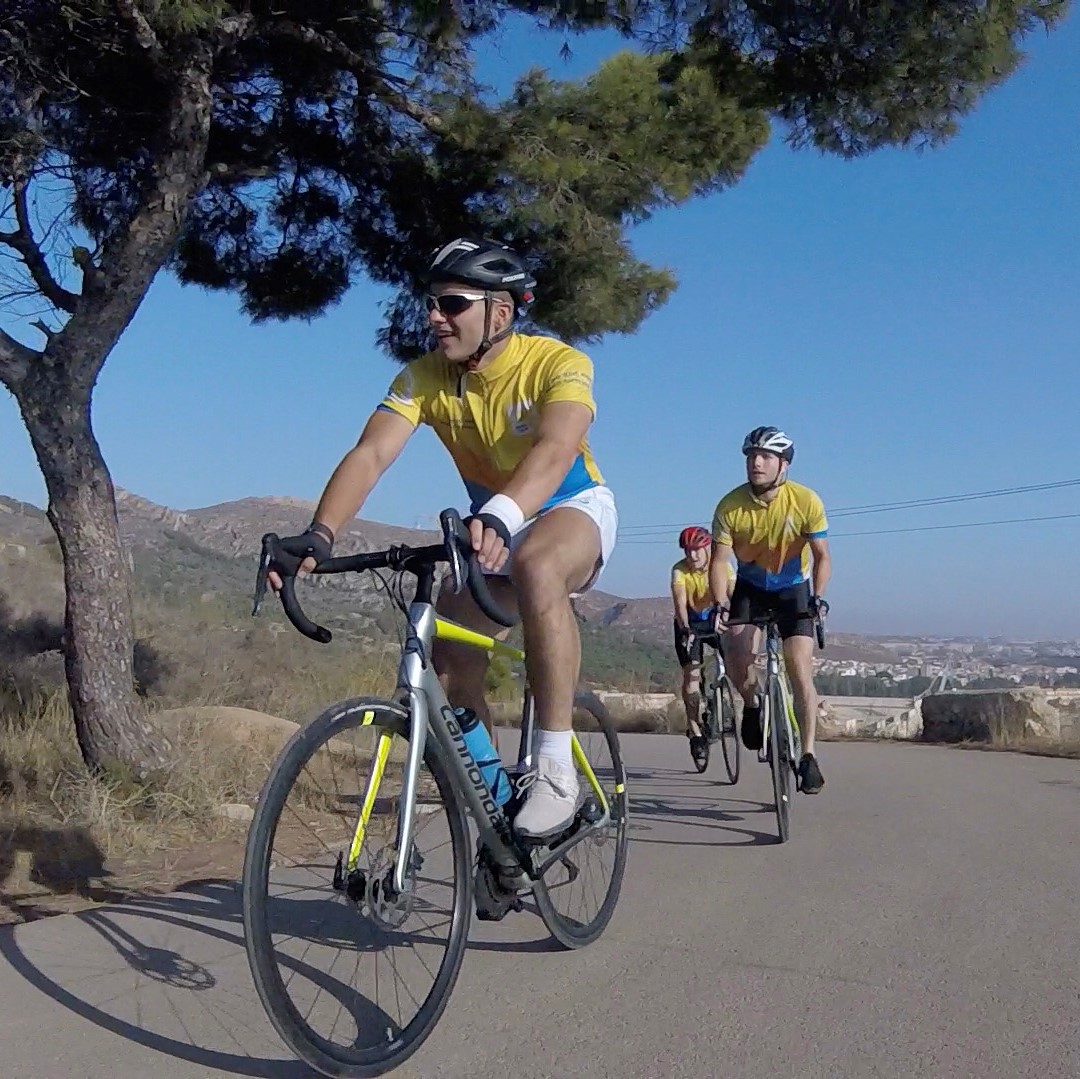 Thankfully, the climb was enjoyed at a relaxed steady pace, giving the opportunity to soak up the view in full.  After pausing at the top, there was only 28kms to go (and at least 2 of which were free kms in the freewheel back to the base of the climb). 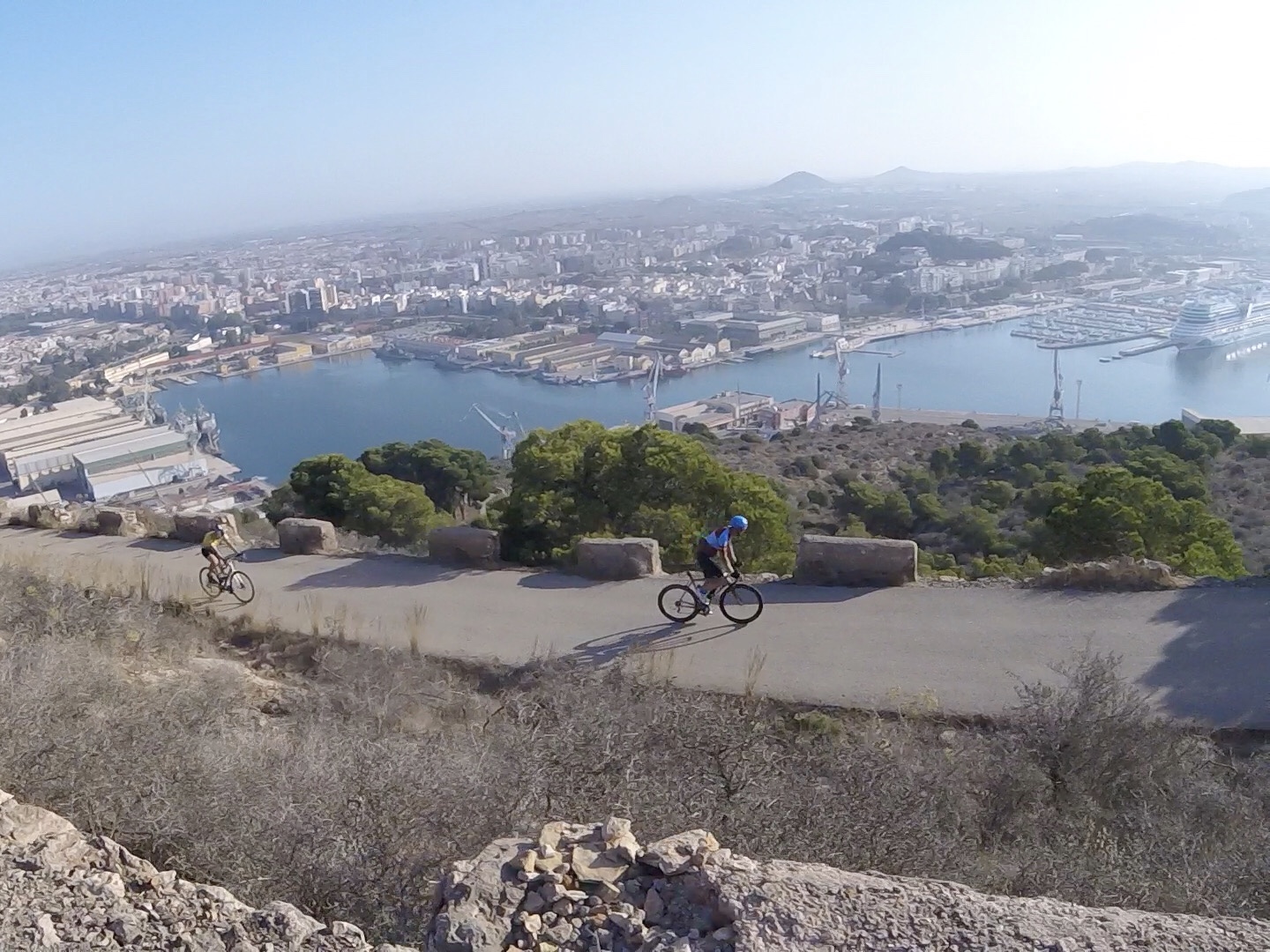 Heading back to Mar Menor Golf Resort, the ‘Chatter’ increased with the excitement of nearing the charity cycling challenge end. Looking at the garmin for the km countdown became almost obsessional.  With only 8kms to go we paused in La Puebla and yes Cartagena’s locally famed Asiatico coffees were tried and liked... 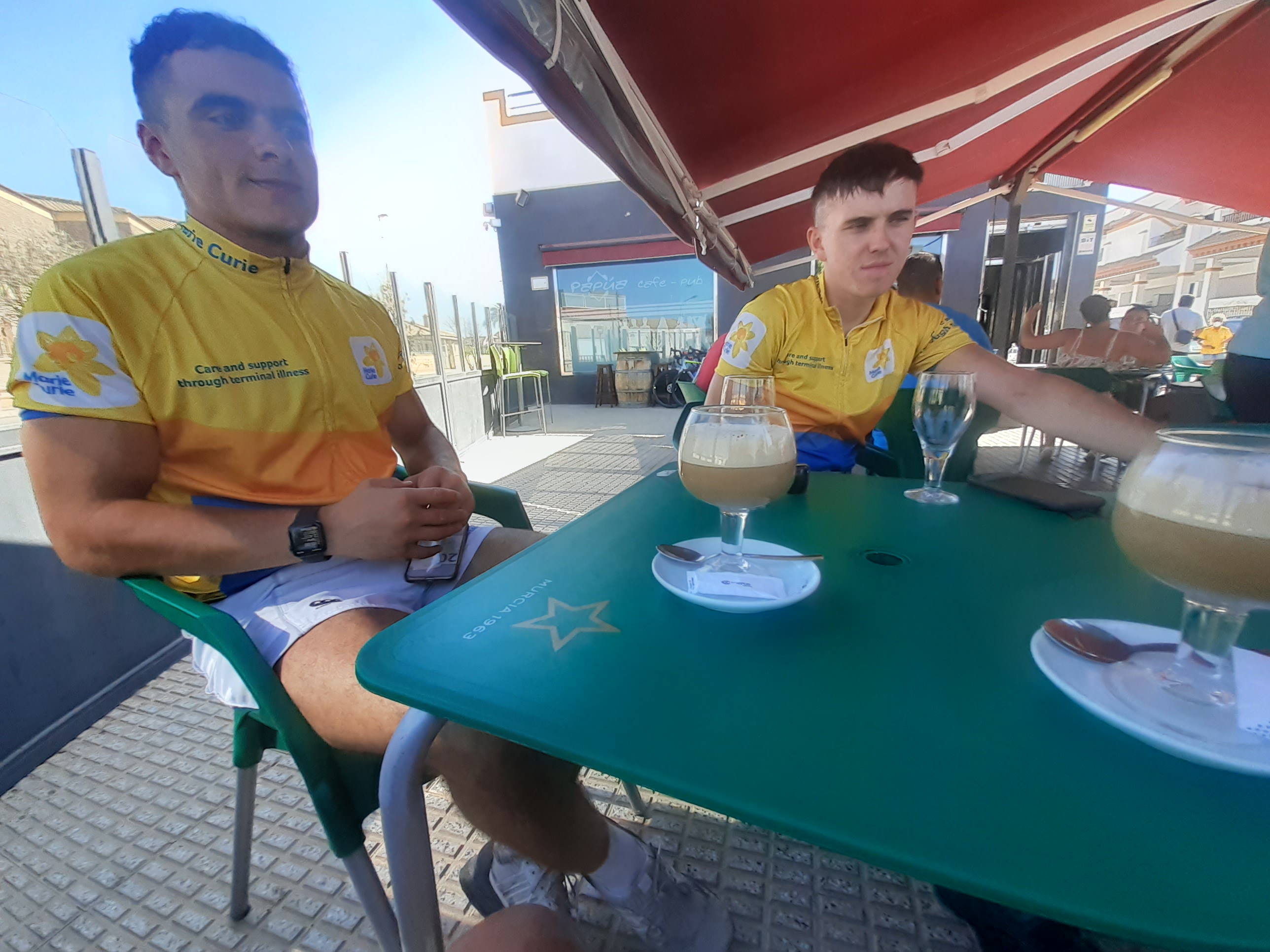 During the rest stop and with the riders fresh out of college, Simon duly informed the trio of the current food and drink offers to be had on Mar Menor Golf Resort. They were justifiably hungry and deserving of a few drinks as just rewards for their sterling efforts.

Chapeau and hopefully more charity challenges to come.  If you’d like to read more about their fundraising objectives and perhaps make a donation take a look here: 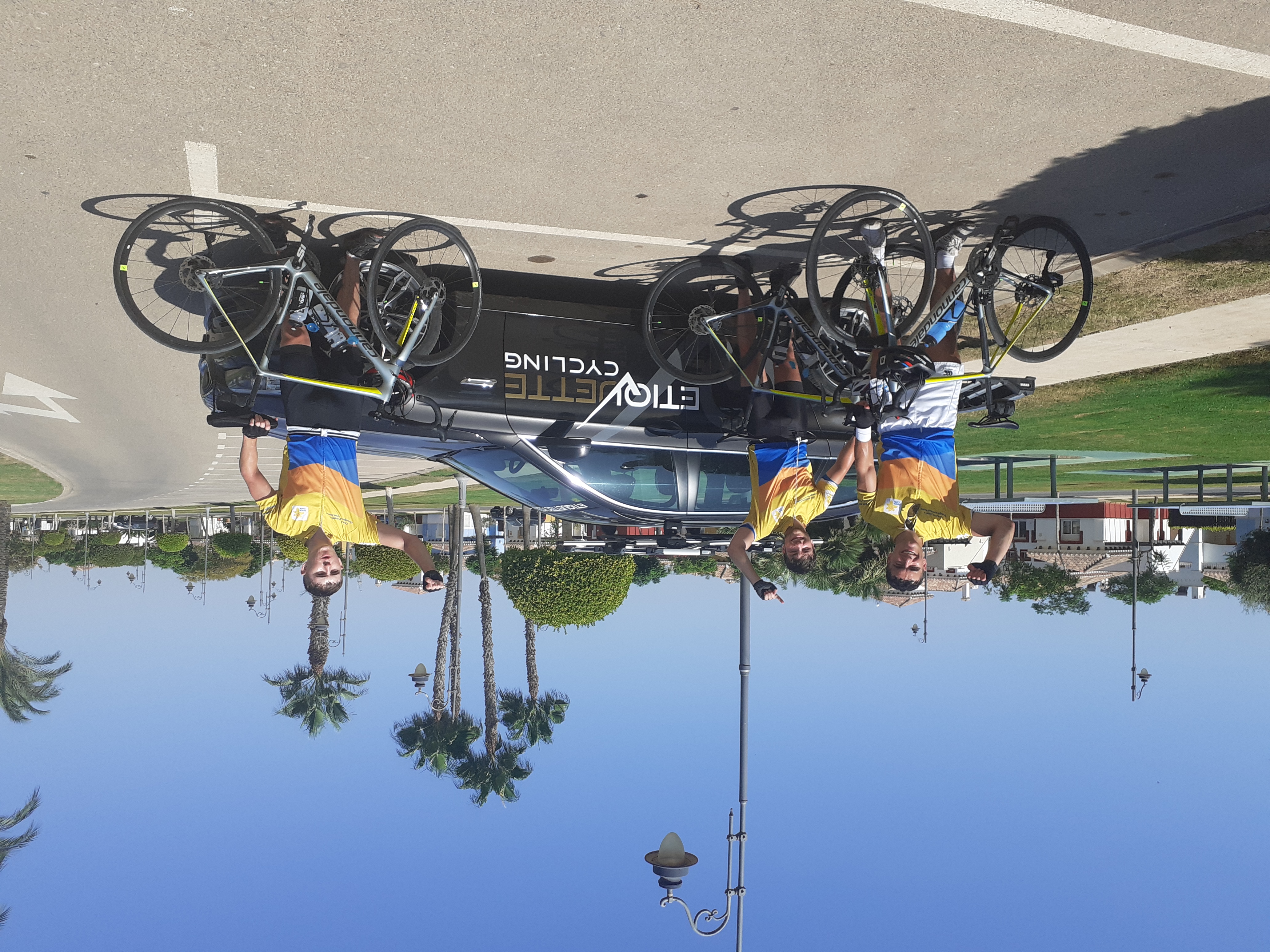